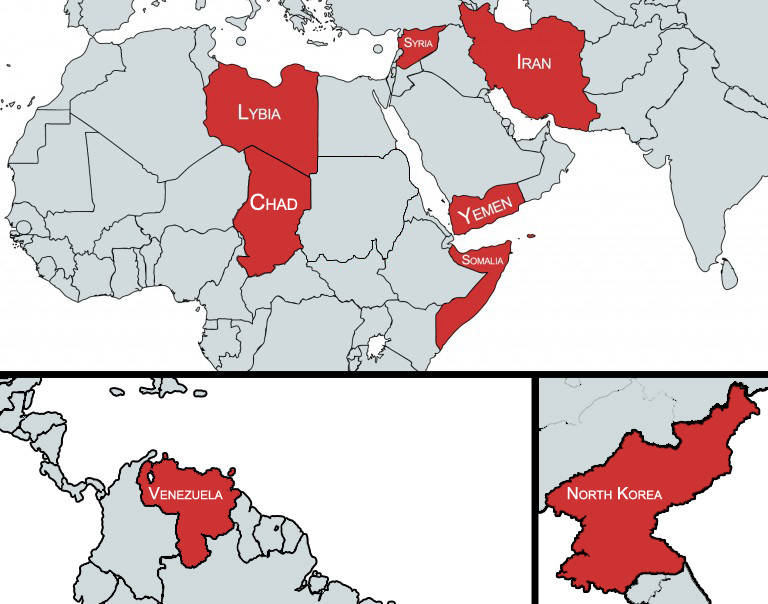 On December 4, 2017, the Supreme Court issued an order allowing the latest version of the Trump Travel Ban (“Travel Ban 3.0”) to take effect pending appeal.  Travel Ban 3.0 restricts travel to the United States by certain nationals from Chad, Libya, Somalia, Syria, Yemen, Iran, Venezuela and North Korea pursuant to a proclamation that was issued on September 24, 2017.

The Trump Administration was previously barred from implementing the ban after two lower federal courts issued injunctions that temporarily halted enforcement of most of the travel restrictions.  The Administration appealed those rulings and requested permission to implement the proclamation.  In response, the Ninth Circuit Court of Appeals allowed the travel ban to partially take effect, but ruled that the ban may not be enforced against foreign nationals who had a credible claim of a bona fide relationship with a person or entity in the United States.

The Supreme Court’s order removes the bona fide relationship exemption and allows the Administration to fully implement the travel ban while challenges continue in the Court of Appeals for the Fourth and Ninth Circuits.  Both cases are scheduled to be heard before the appeal courts this week.

Although the government is now free to fully implement Travel Ban 3.0, it is important to note that the proclamation includes exemptions and waivers which serve to reduce the negative impact of the ban on a substantial number of visa applicants.  Specifically, waivers to Travel Ban 3.0 are available to individuals with established ties to the U.S. or other compelling reasons.

Because the situation remains fluid, we created this FAQ to help you stay current with the latest information. Check back often for regular updates.