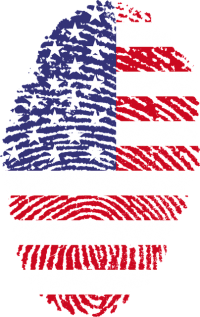 The election of Donald J. Trump has raised serious concerns among immigrants in the United States.  Given his many hardline proclamations throughout his campaign, immigrants and their advocates are attempting to plan for the significant and perhaps unpleasant changes that may lie ahead.

One likely target of the Trump administration will be the Deferred Action for Childhood Arrivals (DACA) program introduced by President Obama.  DACA is the result of an executive action, and not a law passed by Congress.  Thus President-elect Trump would have little difficulty in cancelling the program, leaving thousands of DACA recipients without work authorization and vulnerable to deportation from the United States.

Last week, Senators Lindsey Graham (R – SC) and Dick Durbin (D – IL) announced their plan to protect those individuals who were brought to the United States as children.  The “Bar Removal of Immigrants who Dream and Grow the Economy” or BRIDGE Act would give certain DACA-eligible individuals employment authorization and a “provisional protected presence” for up to three years, which would shield them from deportation.

As with the DACA program, BRIDGE Act applicants would need to pass criminal background checks and demonstrate that they came to the United States as minors and have obtained at least a high school degree, or are currently students.  The BRIDGE Act would apply to those individuals who already have DACA, as well as those who are eligible for DACA but either did not apply or whose applications have not yet been adjudicated.

In a welcome statement, one of the original co-sponsors of the bill, Senator Lisa Murkowski (R – AK) said that “the introduction of this measure is timed to remind the Dreamers that there are people in Congress who have their backs.”

The end of the current Congressional session is rapidly approaching, however Senator Durbin has vowed to re-introduce the Act when the next session starts in January.  We will continue to monitor the latest developments from Washington, and post updates on this and other important legislative and executive actions as they occur.

You can read the full press release regarding the BRIDGE Act from Senator Durbin’s office at: http://www.durbin.senate.gov/newsroom/press-releases/graham-durbin-announce-bipartisan-bridge-act-to-protect-young-individuals-from-deportation