Public Benefits and “Public Charge” – What Do They Mean for Immigrants? 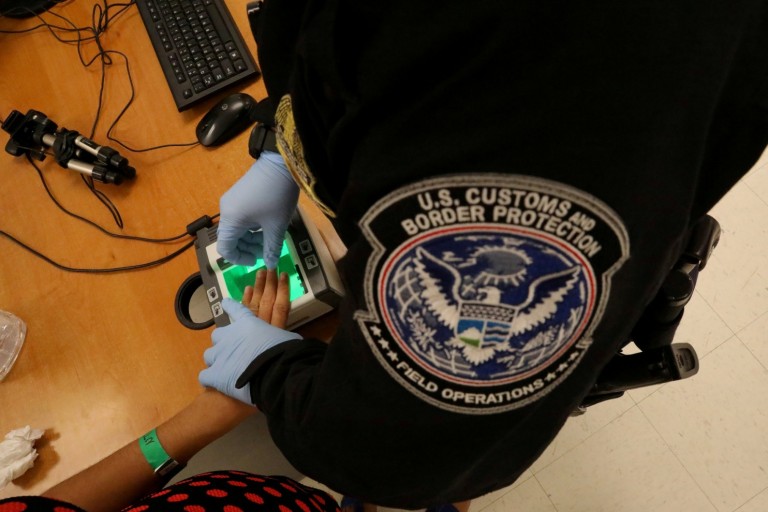 Public Benefits and “Public Charge” – What Do They Mean for Immigrants?

Clients sometimes ask whether there could be adverse immigration consequences as a result of their receiving various forms of public benefits.  Lately there has been confusion and misinformation circulating around this issue – in large part due to the leaking of documents that revealed the administration’s plan to change the definition of “public charge.” The changes would render the receipt of certain non-cash public benefits as negative indicators in the determination of whether one is likely to become a “public charge” in the future.

Note well – the administration proposed a regulation – a process requiring time and opportunity for public comment. This article will discuss the current law on public charge and practical considerations for immigrants who may receive public benefits.

What does “Public Charge” Mean?

Under the Immigration and Nationality Act § 212(a) (4), an individual seeking admission to the United States or seeking to adjust status is inadmissible (and therefore unable to enter the United States or receive a visa or permanent resident status) if the individual, “at the time of application for admission or adjustment of status, is likely at any time to become a public charge.”

The statute lists factors that are to be taken into account in determining the likelihood of becoming a public charge in the future.  These factors include the applicant’s age, health, family status, assets, resources, financial status, education and skills.

Beyond the statute, the applicable guidance for public charge determinations since 1999 has its origins in a memo from then-Executive Associate Commissioner of the Office of Field Operations Michael A. Pearson (“the Pearson Memo”).  The Pearson Memo accompanied the publication for public comment of a proposed new rule on public charge.  The rule was never published in final form, but the content of the Pearson Memo was immediately adopted as policy and has guided adjudications relating to the determination of public charge ever since.  The Pearson Memo defines “public charge” for purposes of both admission, adjustment and deportation. “Public charge” means ‘an alien who has become (for deportation purposes) or who is likely to become (for admission/adjustment purposes) primarily dependent on the government for subsistence, as demonstrated by either (i) the receipt of public cash assistance for income maintenance or (ii) institutionalization for long-term care at government expense.’

The law, the Pearson Memo explains, creates a “totality of the circumstances” test.  Even where an individual has previously received cash benefits for income maintenance, or has been institutionalized for long-term care at government expense, the Pearson Memo instructs Service officers to:

…assess the totality of the alien’s circumstances at the time of the application for admission or adjustment and make a forward-looking determination regarding the likelihood that the alien will become a public charge after admission or adjustment. The longer ago an alien received such cash benefits or was institutionalized, the less weight these factors will have as a predictor of future receipt. Also, the “length of time an applicant has received public cash assistance is a significant factor.” The longer an alien has received cash income-maintenance benefits in the past and the greater the amount of benefits, the stronger the implication that the alien is likely to become a public charge. The negative implication of past receipt of such benefits or past institutionalization, however, may be overcome by positive factors in the alien’s case demonstrating an ability to be self-supporting. For instance, a work-authorized alien who has current full-time employment or an AOS should be found admissible despite past receipt of cash public benefits, unless there are other adverse factors in the case.

Significantly, the Pearson Memo goes so far as to say:

Past receipt of cash income-maintenance benefits does not automatically make an alien inadmissible as likely to become a public charge, nor does past institutionalization for long-term care at government expense. Rather this history would be one of many factors to be considered in applying the totality of the circumstances test. In the case of an alien who has received cash income-maintenance benefits in the past or who has been institutionalized for long-term care at government expense, a Service officer determining admissibility should assess the totality of the alien’s circumstances at the time of the application for admission or adjustment and make a forward-looking determination regarding the likelihood that the alien will become a public charge after admission or adjustment.

The Notice of Proposed Rulemaking

Notably, the Department of Homeland Security published a Notice of Proposed Rulemaking in the Federal Register on October 10, 2018 (“the Draft Rule”).Comments on the Draft Rule will be accepted until December 10, 2018. If the Draft Rule is adopted as a final regulation, it would withdraw the proposed rule from 1999 and accompanying guidance in the Pearson Memo, and fundamentally change the public charge inadmissibility determination.  While the preamble to the Draft Rule asserts it would still require a consideration of the totality of circumstances, it sets forth a new, highly restrictive definition of “Public Charge,” as “an alien who receives one or more public benefit (sic) as defined in paragraph (b) of this section.”

The Draft Rule also re-defines “Public benefit” to include a radically expanded list of benefits to be taken into consideration when making the determination of public charge.  For example, whereas the Pearson Memo instructed that “(c)urrent receipt of non-cash benefits or the receipt of special-purpose cash benefits not for income maintenance should not be taken into account under the totality of the circumstances test in determining whether the alien is likely to become a public charge,” the Draft Rule explicitly includes receipt of these and other public benefits as negative indicators in the public charge determination.

On its face, the plain meaning of the Draft Rule indicates receipt of any one of the following benefits may form the basis for a public charge determination where the cumulative value exceeds 15 percent of the Federal Poverty guidelines (calculated on a per-month basis):

Also, receipt of any of the following benefits if received for more than 12 months in the aggregate within a 36 month period would trigger a public charge finding:

The Draft Rule would specifically exempt from consideration as negative indicators in the public charge determination the receipt of certain benefits paid for or earned, such as:

DHS has not determined on what date the Draft Rule would become effective.  As drafted, the rule assigns less weight to the receipt of public benefits that were permissible in the past, and assigns more weight to the newly impermissible benefits received after the effective date.  Note however, the final rule could be different from the Draft Rule, and could specify a different timeline for the effective date. If the final rule is retroactive in its effect, we would expect litigation to follow asserting a violation of due process and the Administrative Procedures Act.

The Draft Rule is not current law. Moreover, it does not apply to the public charge ground of deportability for foreign nationals who have already been admitted to the United States. For U.S. permanent residents (LPRs) and conditional permanent residents (CLPRs), the grounds for deportation based on public charge under current law only apply to immigrants who become a public charge during their first five years after admission to the U.S., for reasons that existed beforehand. The government would have to demonstrate to the satisfaction of an immigration judge that: (1) the use of cash assistance or long-term care needs created a legal debt; (2) the immigrant or sponsor received a notice to repay the debt within the five-year period; and (3) the immigrant or sponsor refused to repay the debt after the government took legal action and won.

Even if some of these rules change, LPRs could still show their need for benefits was due to circumstances that arose after they were admitted — for example, loss of a job, an accident, etc.

For individuals applying for visas outside the United States however, the administration has already changed the instructions for State Department officials in the Foreign Affairs Manual (“FAM”) to align with the Draft Rule.  The FAM now instructs officers at consulates and embassies processing visa applications that non-cash benefits may also be considered as part of the “totality of the circumstances” test. Significantly, the instructions state officers may also consider a dependent family member’s or sponsor’s receipt of benefits. Individuals with concerns in this regard should consult with an immigration attorney to determine whether they might be able to adjust status in the United States rather than apply for an immigrant visa at the US Embassy or Consulate.

Finally, the Draft Rule would allow those found inadmissible due to public charge to post a bond, which can form the basis of a waiver of inadmissibility.