Parole for Entrepreneurs: A Pathway Under A Cloud of Uncertainty 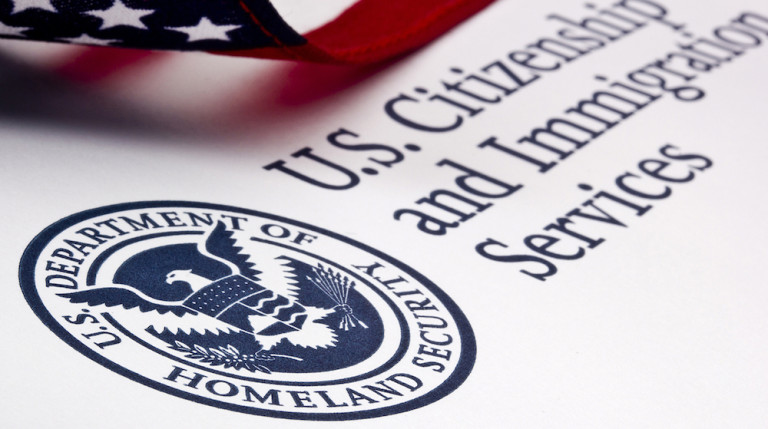 Parole for Entrepreneurs: A Pathway Under A Cloud of Uncertainty

Informed immigrant entrepreneurs are well familiar with the obstacles in U.S. immigration law facing entrepreneurs hoping to obtain long-term residence in the United States.  SGG clients enjoy successes in obtaining immigration benefits in non-immigrant categories such as L-1, E-1, E-2, O-1 and H-1B.  But all of these categories have their limitations and rigidities because they are not designed specifically for the immigrant founder of a startup.  On the permanent residence side, the EB-5 category that is nominally for immigrant entrepreneurs is in practice, due to government policies, for relatively passive investors and is appealing only to a small number of hands-on entrepreneurs.  Conceding that reality, U.S. Citizenship and Immigration Services (USCIS), in February 2012, convened a stakeholder meeting titled the Entrepreneurs in Residence Information Summit, an all-day meeting at NASA Research Park in Silicon Valley.  The Summit was high on ceremony, celebrating the successes of immigrants in the US economy.  The afternoon sessions of the Summit, however, were dedicated to tackling the real problem: There is no specific U.S. visa category for international entrepreneurs in startups.  Long on “possible future solutions” but short on existing real pathways, the Summit brainstorming sessions would not yield any particular sure-fire immigration strategies for company founders.

Not to be dismayed by the absence of a statutory platform for international entrepreneurs, USCIS promoters of the Summit in Silicon Valley heralded big changes on the horizon for adjudications of entrepreneur applications.  The Summit marked the formal USCIS launch of its own Entrepreneur in Residence (EIR) initiative.  Pushed with political muscle at USCIS, the EIR initiative grew out of the President’s Council on Jobs and Competitiveness.  One of its first tangible products was unveiled in November 2012, a website portal titled Entrepreneur Pathways that USCIS claimed would help usher in a new beginning for international entrepreneurs and US immigration.  By mid-2013, USCIS was able to report it had conducted substantial internal training for officers on seeing fresh possibilities for approving entrepreneur cases.

Regrettably, though, the EIR initiative was not paired with any substantive changes in legal standards for entrepreneurs specifically, as might be accomplished by way of new regulations.  Meanwhile, Congress was putting on its own futility show.  Several different versions of a new startup visa category were cobbled together in what became the comprehensive immigration reform that passed through the Senate in 2013.  But the House rejected the comprehensive immigration reform bill, and down with it went the startup visa category.  Later efforts to legislate a visa category for entrepreneurs in startups, sometimes appearing in proposed bills as the “EB-6” category, also proved unsuccessful.  To the north, meanwhile, Canada showed how it could be done and inaugurated its own startup visa program in 2013.

The Obama Administration only belatedly went with “Plan B”, promulgating regulations for an immigration status to benefit immigrant founders in startup companies.  Lacking the mandate from Congress, however, the regulation provides not a visa for the founder but parole, specifically international entrepreneur parole (IEP).  The requirements for earning IEP look a lot like the requirements for a startup visa that appeared in several versions of the startup visa bills that Congress had repeatedly failed to enact.  IEP requires proof of the following:

As for the startup validating factors, “qualified investors” are U.S. persons or entities that regularly made substantial investments (totaling at least $600,000 over 5 years) in startups that subsequently exhibited substantial growth in revenue or job creation.  This means revenues of at least $500,000 and 20% annual growth, or at least 2 entities that each created at least 5 jobs.  The government award track fits in well with the competitive Small Business Innovation Research (SBIR) program that awards Phase 1 grantees $100,000 for doing research that is considered vital and has potential for commercialization.

The benefits of IEP are substantial, albeit not permanent.  They are a grant of parole of 30 months, with the possibility of another 30 month parole grant (totaling as much as 5 years) based on the same startup entity.  Work authorization commences immediately, using just the passport and I-94 indicating parole status.  Spouse and children also may be granted parole, and the spouse may apply for a work permit based on the parole status.  As of March 2018, USCIS is presently accepting applications for IEP on Form I-941.

All told, IEP could serve as a critical bridge for an innovator who desires to commercialize a technology and build a business in the United States.  Possible strategies for a foreign student include moving from STEM-based practical training, to IEP, then possibly to a more robust visa category such as the E-2 visa for investors from treaty countries.  This pathway could be sturdy enough to carry an innovator through the lengthy period of identifying a technology, completing the feasibility phase, and developing a business model that supports business startup and even could attract further venture capital.

Now for the reality check:  IEP is not “EB-6” since it is not a visa.  The holder of IEP cannot “change status” to a different visa status (such as E-2), without departing the country and obtaining that visa authorizing reentry to the United States.  Also, IEP clearly is not for all of those relatively passive investors who may be waiting for the EB-5 visa backlog to clear.

More ominously, the politics surrounding IEP and entrepreneur visas continue.  In its twilight the Obama Administration initially introduced IEP as a regulation in January 2017, with an effective date of July 17, 2017.  But the current Administration rescinded the regulation, which led to litigation by entrepreneurs and entrepreneur advocacy groups.  A federal district court ruled that the intended rescission was executed in violation of law, and thus IEP became effective immediately thereafter, and USCIS instituted procedures for accepting IEP applications as of March 2018.  Even so, the current Administration then proposed a rule that would rescind IEP.  Indeed, the USCIS website warns entrepreneurs that the IEP rule could be rescinded which could lead USCIS to revoke IEP.

All things considered, IEP appears to be particularly risky.  With the Administration threatening to rescind IEP, it seems to be a perilous or indefinite journey, more the bunny trail, and not exactly the entrepreneur pathway we so much hoped for nearly 6 years ago when convening at NASA Research Park.  It is suited to a limited group of entrepreneurs who possess the ability to undertake a true entrepreneurial business venture in the United States, and for those with the fortitude to withstand the risks, the rewards can be significant.