Going to Tijuana to Uphold U.S. Law and International Law on Asylum 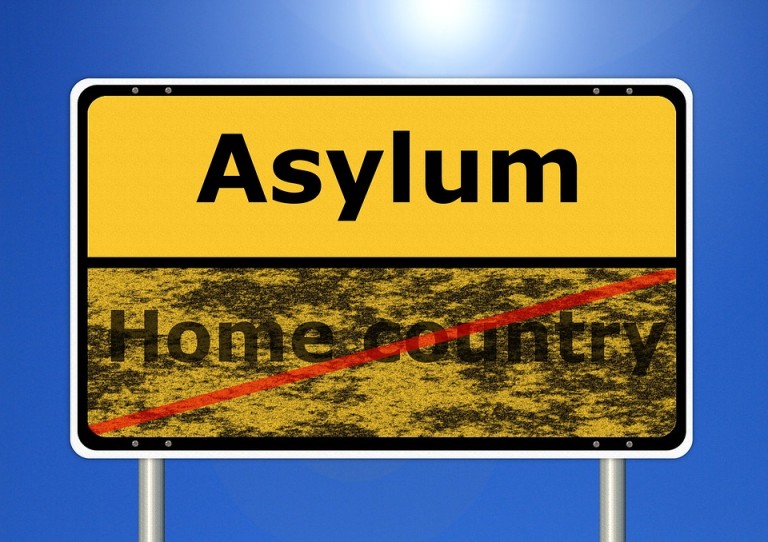 Going to Tijuana to Uphold U.S. Law and International Law on Asylum

Since the 1980s, countless Central Americans have made the difficult decision to leave family, home and community, risking life and limb journeying across Mexico in hopes of reaching the safety of the United States.  The principal sending countries are El Salvador, Honduras, and Guatemala, known collectively as the Northern Triangle of Central America.  It is a region where kidnappings, rape, murder and extortion are so widespread that survival for many depends on getting out.  Since the recent upheaval in Nicaragua, for example, people from that country are now fleeing northward in increasing numbers.  Asylum seekers from Nicaragua increased from 353 applications in CY 2014, to 857 in CY 2017, and to 441 in Jan-Sep 2018 (only partial data available for 2018).  This rushing stream of people northward occurs amidst the anti-immigrant rhetoric of the Trump administration and within the broader context of the United States stepping back from its leadership as a welcoming haven for refugees.  In 2017, for the first time, the number of refugees resettled in the United States fell below the total for the rest of the world — 33,000 in the United States compared to 69,000 worldwide.  This is a steep decline, barely one-third of the 97,000 resettled in the United States in 2016. While in absolute terms the United States still accepts more refugees than other countries, it falls far behind others if measured against a country’s population or GDP. For example, the number of refugees per 1000 population in Lebanon as of 2016 is 173, in Jordan – 89, Turkey – 35, and in the United States – 2.

Although some question whether the United States has the ability to process and absorb the numbers of people coming here, the reality is that this country has faced – and successfully addressed – asylum challenges in the past. In response to stresses on the asylum system in the 1990s, reforms were implemented that were based on principles of timeliness and fairness in deciding cases. According to Doris Meissner, the former Commissioner of the US Immigration and Naturalization Service (INS),[1] the changes that were implemented provided protection to those who were eligible, and discouraged weak or unfounded applications by those who were not. “As a result, application levels dropped dramatically and approval rates rose — indicating that the reforms disincentivized dubious claims.”[2]

The United States is a party to international conventions that serve to protect refugees.[3]  In turn, US law adopts international standards defining a refugee and providing for non-refoulement (no return) of refugees.  US law then establishes detailed processes for vetting asylum applications.[4]  Rather than engaging in a systematic, policy-based re-tooling of asylum procedures that comport with US and international law, the current administration seeks “shock-and-awe solutions”[5] to deter legitimate asylum seekers by imposing substantial hardship in hopes they will give up and go back to their countries of origin.  Several tactics are used to keep asylum seekers at a distance, away from the social and legal support that otherwise would be available in the United States.  One mechanism used to achieve this end is called “metering”, which has caused a severe bottleneck in Tijuana, turning parts of that city into a giant refugee camp for families who have traveled thousands of miles to seek asylum. Metering permits very few people a day to present themselves at the port of entry to seek asylum, and conveys a message that there is no room for people who seek legal admission.  It is reported that asylum seekers who place their names on the “metering” list wait for weeks or months.  Another Trump policy requires asylum seekers to await the adjudication of their asylum application in Mexico – all of which places a tremendous strain on social services available in the border area

While following the asylum laws at the southern border eludes the Trump administration, Al Otro Lado (AOL), a non-profit with offices in Los Angeles and Tijuana, devotes itself to helping people through the asylum process and more. AOL has trained thousands of volunteers to provide legal orientations and “know-your-rights” trainings to asylum seekers and deportees in Tijuana.  AOL also documents human rights abuses against asylum seekers by the Mexican and US authorities.  AOL has sued US Department of Homeland Security (DHS) and US Customs and Border Protection (CBP) in a federal district court challenging CBP’s unlawful practice of depriving asylum seekers access to the US asylum process. The plaintiffs allege that CBP and DHS are systematically violating US and international law by denying individuals even the opportunity to apply for asylum.

I went down to Tijuana in 2018 to volunteer at AOL and will be returning this month.  Why travel all the way to Tijuana when there are so many places to do pro bono legal work in Los Angeles?  The importance of volunteering with AOL became clear in my first meeting with an asylum seeker who was preparing for her credible fear interviews (CFI).  As the first opportunity for as asylum seeker to speak with an Asylum Officer (AO), the CFI is crucial.[6] The AO will question the asylum seeker about why she left her country, and why she is afraid to return.  As in any legal case, having an understanding of the governing rules and the processes is crucial to being able to clearly and coherently present the facts. Attorney volunteers are vitally important in helping the asylum seeker to prepare for the CFI. Only one out of ten asylum seekers without legal representation win their case. With representation more than half are successful. Overall, asylum denial rates went up from 44.5% in 2012 to 61.8% in 2017. In light of the considerable odds stacked against them, asylum seekers need legal counsel in advance of the CFI.  Providing this service may be the most important contribution a lawyer can make if there is to be a just and fair application of the asylum laws at the southern border.

[1] Doris Meissner served as INS Commissioner from 1993 to 2000, and she is now a Senior Fellow at Migration Policy Institute (MPI).

[3] Modern refugee law has its origins in the aftermath of World War II as well as the refugee crises of the interwar years that preceded it. Article 14(1) of the Universal Declaration of Human Rights, which was adopted in 1948, guarantees the right to seek and enjoy asylum in other countries. The controlling international convention on refugee law is the 1951 Convention relating to the Status of Refugees (1951 Convention) and its 1967 Optional Protocol relating to the Status of Refugees. The 1951 Convention establishes the definition of a refugee as well as the principle of non-refoulement and the rights afforded to those granted refugee status.

[4] The 1951 Convention does not define how States parties are to determine whether an individual meets the definition of a refugee. Instead, the establishment of asylum proceedings and refugee status determinations are left to each State party to develop. Under US law, to be granted asylum, a person must demonstrate that she is a “refugee” (i.e., has been persecuted, or has a well-founded fear of persecution, on account of race, religion, nationality, membership in a particular social group, or political opinion), she is not barred from asylum for specified reasons, and asylum is warranted in the exercise of discretion. The procedural rules governing when and where an application may be made are set forth at Immigration & Nationality Act (INA) §208(a)(1) which in part states:

[6] Not only does a positive determination at the CFI increase the likelihood of a successful outcome in the asylum case, a finding that the asylum seeker has a credible or reasonable fear of returning to their home country increases the likelihood of release from detention. An applicant whose liberty has been restored, who can apply from outside of custody, is generally able to spend much more time with counsel, friends and family, and is relieved of the stress that accompanies immigration detention.  These factors impact significantly the applicant’s likelihood of success in her asylum case.