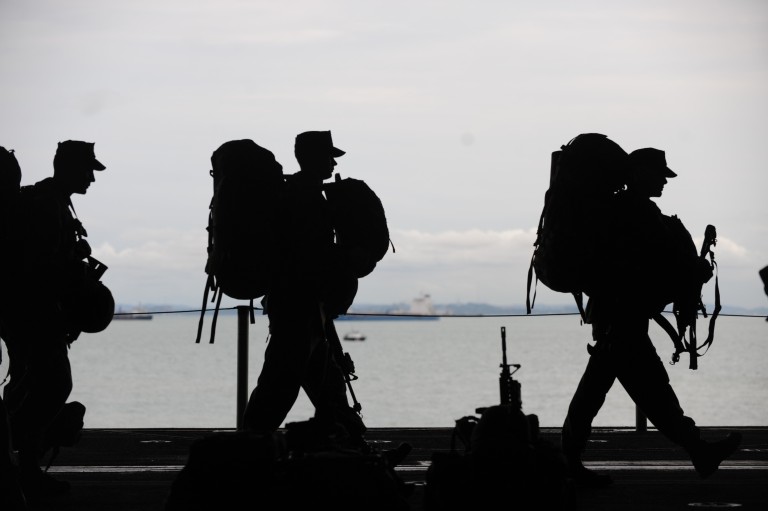 Immigrants play an important role in our country’s Armed Forces; in fact, immigrants have served in the U.S. Armed Forces since the Revolutionary War.  Immigrants serving in the military often have special language and cultural skills that are strategically vital.  They are also less likely to leave the military before the end of their tour of duty, and have served with distinction – according to the Center for American Progress, a full 20% of all Medal of Honor recipients were born abroad. SGG has a track record of representing immigrants serving in the U.S. military.

For nearly one hundred years, section 329 of the Immigration and Nationality Act (INA) has given the president the power to designate periods of conflict during which immigrants in the military are eligible for immediate naturalization.  President George W. Bush designated September 11, 2001 as the start day of a period of hostilities for purposes of expedited naturalization, and that designation continues to this day. According to U.S. Citizenship and Immigration Services (USCIS), USCIS has naturalized over 109,000 service members since October 2001.

In 2009, the Department of Defense (DOD) launched the Military Accessions Vital to the National Interest (MAVNI) program.  The MAVNI program allows non-citizens who are legally present in the U.S. to enlist if they have certain crucial foreign language or medical skills.  According to the Military Times, over ten thousand non-citizens have been recruited into the military through the MAVNI program since its inception.

However, the future of the MAVNI program – and the futures of those men and women who enlisted through MAVNI – are in significant peril.  At the end of 2016 the DOD suddenly and inexplicably changed its policies regarding MAVNI recruits, imposing new, onerous background check requirements that were previously only required for top security clearance.  The result of this change in policy was a near immediate and total halt to naturalization for all MAVNI recruits.  Suddenly, MAVNI recruits were unable to receive the certifications required to file for expedited naturalization.  Recruits with pending naturalization applications were told that their cases were on indefinite hold pending the DOD background checks, which typically take two to three years to complete.

Now, these MAVNI recruits are prevented from moving forward in their military careers and some face possible discharge.  They are left to scramble to maintain their previous temporary immigration status.  Many have been unable to do so, making them vulnerable to removal (deportation) proceedings notwithstanding the fact that they are honorably serving.  The collateral impact has been devastating – service members are unable to travel outside the United States, reunite with family members, and in some instances are not able to renew driver’s licenses.

Two separate class action lawsuits, Kirwa v. United States Department of Defense and Nio v. United States Department of Homeland Security, challenge the DOD’s discriminatory policies as an impermissible restriction on the ability to naturalize under INA 329.  The litigation is a fascinating look at multi-agency bureaucratic incompetence, apparently motivated by nothing more than suspicion of immigrants in the military, despite their long and honorable history of service.

The law firm of Fried, Frank, Harris, Shriver & Jacobson LLP (“Fried Frank”) is class counsel and has thus far secured preliminary injunctions against the DOD, preventing implementation of certain new policies announced in October 2017.  As litigation is ongoing, MAVNI recruits or attorneys working with individual soldiers should consult with the MAVNI class action website regarding important deadlines and the status of litigation.